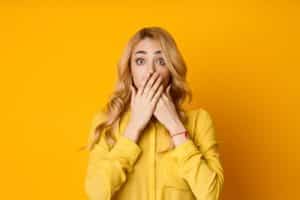 Some NEW  DOS and DON’TS for Washington Employers and Hiring Managers!

As of July 28, 2019  Washington joined 17+  US states who have laws on the books prohibiting  employers from asking candidates about how much they earned in previous jobs.

These laws, collectively referred to as Ban on Salary History rules, are now in full force in Washington and may require employers and hiring managers to change the information they collect during the hiring process and use when setting pay rates at point of hire.

In other words, the intent is to prevent employers from setting pay rates based on factors other than the role or the local job market.

Tackling pay disparities between males and females, which some studies suggest can be has high as a 20%, has been a focus of state and federal governments for over 20 years but has recently picked up momentum stemming from #MeToo.

While more conservative critics,  who resist most forms of government interference, have found other ways to explain male / female wage disparities (noting that differences are not directly related to gender but to other more indirect factors like seniority etc.),  we expect Ban on Salary History rules will continue to be the solution du jour for both states and local legislators.

Here’s what this change in regulations means to Washington employers….

If you’re a hiring manager you need to add some new DON’TS to your list of things not to ask in an employment interview.  In this case, not only can you not ask the candidate what they have earned in past jobs, but you can’t ask their former employer either.

Make sure all applications and interview questions are purged of questions related to previous pay histories.

Train your hiring managers to avoid interview questions related to a candidate’s pay history.  (You can ask what rate of pay they would accept for the role being discussed, but not what have they made in their previous jobs.)

Some Additional MUST DO s for Washington State employers….

The good news is that there is still a fairly long list of “acceptable”  reasons for paying one candidate or employee differently than another.

Differences in payrates, for example, are allowed when there are bonafide differences between employees based on their education, training, experience, seniority, and/or performance.  You can also pay differently in accordance with the market conditions in a different region or local minimum wage requirements.

As always it is the employer’s responsibility to prove they were not biased when they paid a male employee more than a female employee for the same or similar work,  increasing your responsibilities  to clearly document reasons for pay offers or increases.

If a complaint is filed, and it is uncovered that your hiring and pay processes do not include the Ban on Salary History rules,  you may have an uphill battle to prove your innocence.

The only exceptions to these new dos and don’ts ?

Employers with less than 15 employees.

For a list of states with the same or similar job history bans, check out this link https://www.hrdive.com/news/salary-history-ban-states-list/516662/

If you want to learn more about Washington’s Equal Pay and Opportunities Act check it out  here.

Uncertain about what to pay a new or existing employee for a particular job?

We can help by giving you access to data that will show you rates of pay that are currently being offered in the local marketplace for the type of employee you are looking for, but also the availability of qualified candidates within close proximity to your facility.  You’ll also learn what other employers in the local marketplace are currently hiring for the same type of employee and what level of pay they are offering.

For market data on pay and candidate availability by job title or role, give us a call at 425-637-3312 or e mail us at partnerservices@pacestaffing.com.  .

Another Increase in Minimum Wage…….

Your recruiters are amazing. They deliver the staff we need…

Interviewer Bias Can Derail Your Commitments to Diversity and Inclusion

Great Job Postings in the Age of “Googlization”