There Are Politics…. And Then There Are Office Politics!

There Are Politics…. And Then There Are Office Politics! 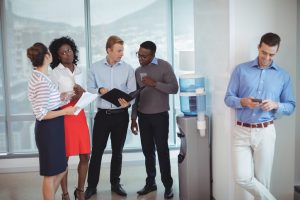 Whether playing itself out in a Washington DC restaurant, or in the break room of your office, when you look at politics, it almost never looks pretty.  While the behavioral standards for how DC politics is done has eroded to a place hard to describe, office politics often looks like gossip, brown nosing, compromised confidences,  and taking “sides”.  How you handle office politics can often make or break your career, as at its roots, politics is a competition for influence or power – people trying to get or maintain some control over things they think are important to what happens next.  You need to find a way to win at that game.

According to an article published in HR Magazine, “In It to Win It”, office politics impact everyone.  All offices have their own “dynamics of power” which simply can’t (and shouldn’t) be ignored.

Tamara Lytle, the articles author claims that any time two colleagues bump heads or two ideas are being floated to address a problem, it is human nature to take a  side rather than to look for a middle of the road solution.    We’ve seen that tendency played out in national politics – once a side has been taken, we tend to listen to and believe only those folks who are on our side. Not a good trait when the goal is to use facts and objective problem solving to make decisions.

Tamara advises HR professionals to get in the game of office politics with the goal to win – to positively impact you and your career, and whenever possible the performance of the team.  While we know her advice applies to all employees, we also know its easier said than done.   Most of the players who make themselves visible in the game of office politics behave in ways that we wish we didn’t have to deal with.

We’ve all experienced that employee who always finds a way to get involved in workplace struggles – they seem to actually enjoy the excitement and drama of people or ideas vying for influence.  They always find a way to stir the pot – in some cases creating the perception of conflict, when there isn’t any.  Most of these employees have never learned how to play the political game constructively and in the end will lose once team members figure out that their motives are personal.

How do you deal with a pot stirrer?  Stay out of their way.  “Im just not familiar enough with that issue to have an opinion.”

More admirable are those who  get involved in office politics when the topic in play is something they care about deeply.  They are not shy about wanting a certain outcome, and aren’t afraid to advocate for their point of view, but do so without awareness that what they are doing is undermining more formal (and objective) decision making venues.   These are people who may not play the political game often, but when they do will be influential because others trust the authenticity of their motives.    These players may not win, as they don’t understand the subtleties  of politics that work.

How do you deal with the outspoken advocate?  “You have some really valid points.  Make sure you bring them to our meeting next week.”

And then there’s the co-worker who frequently finds themselves  in the middle of office politics because of their need to be liked – and liked by everyone.    These are employees who don’t think of themselves as politicians, believing they are simply being neutral as they swing back and forth between the different “sides” depending on who they are talking to.   In the end, these are employees who lose their influence because no one knows what they stand for, really.  They are definitely not an employee you can count on when the going gets tough!

How to deal with a swinger?  Recognize them for what they’re trying to do.  “I know you likely don’t want to weigh in on this issue, but we’re going to need all your ideas next week when we discuss this topic.”

In her article, Tamara offered several tips for getting into office politics the right way and for the right reasons.  While her ideas were presented specifically for HR Professionals, we thought there were several that could be of value to all employees.  We’ve also added some of our own.

All these ideas start with the notion that….

…employees need to embrace the dynamics of office politics and make them work for you!

Get to know, help,  and ask for help from your co-workers.

Tamara suggests a proactive approach – enlisting the quid pro quo of all relationships by helping your co workers be successful whenever you can, and asking for their help in return.  Tamara believes that these types of reciprocal relationships can help you grow your career faster than even the more tried and true methods of career advancement – hard work and loyalty.

Ask others for feedback on how you are doing.

Get ahead of the office politics by asking for feedback from your peers and colleagues before it comes to you in other, less than constructive, ways.    “How did I do in that meeting?”  “What do you think I should be working on right now?” Peers and colleagues often have insights about how you’re doing that you won’t get from your boss.  They will value that you took the time to ask them for input.

Take the emotion out of conflict!

To avoid becoming a topic of office gossip, prepare carefully for conversations you know are going to be difficult so as to keep your emotions in check and to minimize unnecessary blow backs.

For example, if you’ve been given feedback that you don’t necessarily agree with,  or are worried that a difficult conversation you’ve had with someone is being made too public, clarify what’s being said and what you can do about it.

“I want to turn your feedback into something I can do differently next time.  Given this feedback what changes would you like to see me make the next time we work together ?”

“I am getting feedback that a conversation I had with John last week has become public and might impact my relationship with John and others.   I’d like to curtail that gossip if possible so hoping you would mind sharing what you’ve heard and get your ideas about how might set the record straight.”

While its good to be in the know about what’s going on at the water cooler, its always best to stay neutral when gossip comes your way.   To be courteous and respectful you need to listen to what is being said, but asking  questions about the facts often helps keep the gossip in check plus establishes you as someone who can be counted on to be objective.

“I haven’t heard anything like that and was waiting for a meeting to be called so I could hear all sides before forming an opinion.   How did you hear what you are telling me now?  Do you know if there are any facts behind that story?”

“I hadn’t heard that Pete was struggling in his role.  I assume he and his boss are working on the issues you’re describing.  Are Pete’s issues impacting your work?  Anything I can do to help?”

Make sure you always know what’s expected of you – really!

This includes the unspoken norms that can often make a big difference in your career success.  If someone tells you that your boss will expect you to respond to phone calls or texts outside regular work hours, an expectation that you can’t always meet, verify that expectation directly with your boss.  What is their real need?  Is there room to negotiate an alternative solution that will work better for you?

Empower yourself to negotiate with integrity.  Don’t agree to do something you can’t or won’t do.  Don’t talk with others about the “fairness” of an expectation you’ve agreed to meet.

Stay prepared to toot your own horn.

One of the things that often gets in the middle of office politics are the unspoken conflicts about who does what for the team, who contributes more.  Some employees spend considerable amounts of time letting others know how busy they are, how valuable their work is to the team,  or in some cases how unfair their boss is in loading them up with “so much work.”

Instead of spending any time stewing about the unfairness of that game,  learn how to play it professionally.  Instead of bragging, boasting, or complaining as you see others do,  keep your  job description current or prepare a list of things that have been added to your plate and don’t be shy about sharing that list when the situation warrants.

At minimum make sure your boss is aware of what you do.  “Here are the additional duties that have been added to my plate over the last 2 months.  I think you should know what has changed in the event you see me with less time than I used to have for special projects.”

Most employees have far more control than they think about how they are viewed by others without having to get into office politics.

I’m sure there are other ideas that could help you manage thru the unique set of office dynamics you find yourself faced with.  Tamara’s advice is to stop  pretending  these politics don’t exist, or that you can somehow stay outside the fray and hope to “win.”  In the end, “becoming adept at playing office politics is better than trying to avoid potential confrontations.” 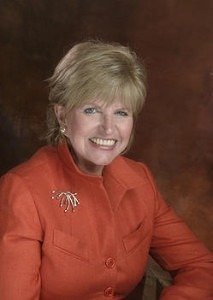 This article was written by Jeanne Knutzen, owner and CEO of PACE Staffing Network, an award winning recruiting and staffing agency headquartered in Bellevue Washington and ranked in the top 2% of staffing agencies nationwide.

PACE places 1000’s of employees in new temporary and core jobs each year and can break thru the clutter to connect you with employers who are hiring now – quickly, efficiently, smartly.

Employee of the Month – February 2022

Meet January’s Employee of the Month!

Meet our Employee of the Month, Lilian!

Meet our Employee of the Month, Sharmaine!

Meet our Employee of the Month, Joyce D!