Learn HOW Temporary and Contract Workers Can Make a Difference!

Learn HOW Temporary and Contract Workers Can Make a Difference! 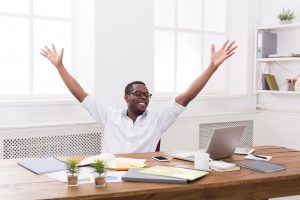 With the positive impact that flexible staffing models have on a company’s bottom-line now well documented, the use of temporary and contract workers has become a business norm.

In the Seattle metro marketplace, over 90% of the local business community use some form of temporary, seasonal, part time, or interim staff.

There are over 20,000 staffing agencies providing temporary and contract employees to clients located across the globe – making up the fast moving staffing industry.

This week, September 24 -30, has been set aside by the American Staffing Association as National Staffing Employee Week.

The ASA has chosen this week to celebrate the contributions of the many temporary and contract workers assigned to work at client facilities, and to highlight the contributions that the staffing industry has made to both local and national economies.

The business benefits of using temporary and contract workers are well known, offering employers a way to:

The staffing industry has been instrumental in driving workforce change.  Even in the early stages of temporary staffing, dating back to mid 40’s, temporary help agencies were some of the first to talk about the different ways companies could organize work to “get stuff done” outside the traditional employer/employee relationship.

While the notion of outsourcing the employer role was slow to percolate with some employers, today that concept has built up a head of steam due to the increasing costs and risks associated with being an employer in an environment where that role is so highly regulated.  Whenever a company’s need for people exceeds their capacity to hire or develop that talent internally, a third party employer solution can be very compelling.  Whether the solution is to re craft the traditional temporary staffing model, to deliver a more strategic approach to workforce flexibility, or to  drive down an organizations recruiting costs, giving companies with a way to share their employer responsibility almost always makes business sense.

Employees themselves are much more open to more flexible and less committed ways of working – a trend that has been accelerated during and following the last recession.   As those of us in the staffing industry know first hand, the last recession was actually a bonanza for the suppliers of temporary and contract employees.  With the largest  percentage of new jobs created between 2008 and 2013 going to temporary or contract workers, the staffing industry created a whole new generation of people who found their place in the world of work doing “gigs” – either as temporary or contract employees or in some cases as independent contractors.   Today, we see that same workforce much more comfortable working “gig to gig” than at any other time in the temporary staffing industry.

From the staffing industry’s perspective, the “gig economy” is not something new, or a way of working created by UBER, but is actually the latest in a long series of social and economic adjustments that has and will continue to change how organizations and people interact.

Organizations are responding in kind, focusing more than ever on putting people to work only when and where there is a defined need.  A recent article in the Wall Street Journal written by Lauren Weber summed it up perfectly…“Never before have American companies tried so hard to employ so few people.”

While organizations will continue to be challenged by the operational, administrative, and regulatory complexities of managing  the different types of workers needed to “get work done”,  those who do it well will be highly rewarded.

Another WSJ  article by Jeff Wald, owner and CEO of WorkMarket, highlighted some of the current projections about the future of work and its embrace of outsourced employer solutions – namely temporary and contract employment.

Companies will not need employees to “get work done.”

In their Annual Technology Vision Report, consulting firm, Accenture, predicted that in 10 years (2027), many Fortune 2000 companies will not have any employees other than those who occupy their C suite.  Why?  The companies of the future will need on going access to a fast changing assortment of specialized talent – talent which is expensive enough that companies can’t afford to keep it on the bench “just in case”.  To survive, companies will need to find new and creative ways to find and utilize “on demand” talent – .limiting the number of employees they need to hire for “core roles.”

When it comes to measuring productivity, don’t be surprised if your core employees are not your most productive.

In their 2017 Workforce Productivity Report, WorkMarket gives additional insight into why some employers are so motivated to look for alternative staffing arrangements.  Their study reported that 83% of the business leaders they surveyed believed that their contract workers were more productive than their regular employees.    We hear it all the time – “we like your temps because they come in, they do their job, and don’t get distracted by the drama of office politics or ongoing chit-chat.”

The “gig way of working” is not just a passing fad.

Whether the result of economic circumstance, or the ongoing search for “work life balance” many US workers are being attracted to “gig-like” roles which is a growing trend that will continue to impact how employees work and employers choose to get work done.

International consulting firm, Deloitte, predicts that the number of workers actively engaged in what they call the “gig economy” will reach 42 million by 2020.  Although worker shortages are impacting every segment of the workforce now,   in the big picture, employers should be able to enjoy an increased number of workers who will choose to work in interim, short-term roles.

One of the ways PACE will be celebrating National Staffing Employee Week is to recognize some of our temporary and contract workers who have made a difference by giving them a Visa Gift Card and featuring them our website and on social media. We’d like our readers to know more about why employees choose the “gig way of working “ and how they are making a difference to our client’s businesses,  even in their interim roles.   Stay tuned.  I think you will be impressed!