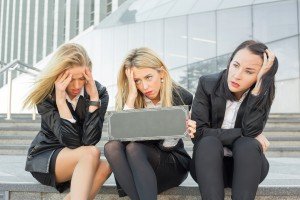 I have a cross-functional team of very competent employees that used to be effective, but recently they seem to have lost their way.  There is occasional in-fighting and now I am seeing some group paralysis and they are starting to miss deadlines.  What’s going on and is there something that I can do to help get them back on track?

It is not uncommon for teams to go through a cycle of effectiveness and productivity and then suddenly seem to lose their way.  This phenomenon is referred to as the life cycle of teams.  A one-time functional team can become dysfunctional for a variety of reasons – changing tasks, new members, perceived organizational barriers or a series of recent failures can all affect the motivation and focus of any well-functioning team.  Or, perhaps the role of the manager or team leader needs to change as the team has matured and developed over recent projects.

Some options to consider:

Teams are dynamic and that means that they are constantly changing and evolving.  You will inevitably have hiccups along the way that will need to be adjusted to ensure continued team success.  The interventions listed above can be a great starting point to help get your team back on track.

Strategic Human Resources, Inc., is a national full-service HR management firm based in Cincinnati, Ohio. Its president and founder, Robin Throckmorton, can be reached at Robin@strategichrinc.com.