How to Manage the B-Team

How to Manage the B-Team 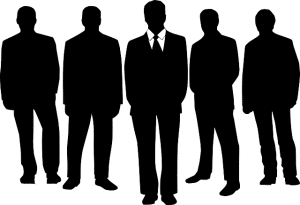 In mid-August, a New York Times article about Amazon featured heated accounts from former employees describing a workplace that rewards top performers with praise and bonuses, while punishing those who can’t — or won’t — commit to 85-hour work weeks and 24/7 availability.

Amazon is certainly not the only company accused of putting an outsized priority on performance. The term “startup culture” has become code for “fast-paced and long hours,” even among companies that are no longer startups. While this sort of intense drive may be beneficial in the early days of a new venture—when a skeleton crew of entrepreneurial types work tirelessly to get a company off the ground—it’s not always a sustainable way to manage employees over the long term.

The reality is not every employee is either a “high performer” to be swept up the ranks or a “low performer” to be dealt with. Most fall somewhere in the middle—74 percent to be exact; a B-Team composed of average performers who do their jobs competently, and for whom top sales numbers or climbing the ladder aren’t the primary motivation.

So, how can managers lead these “average” workers to success? We talked with Patrick Malone, senior partner at leadership consulting firm The PAR Group, about how to meet the needs of the B-Team in the workplace, while motivating and leading them to success.

The first step is to acknowledge that your employees have different expectations and aspirations in the workplace. “Too many managers believe that what they value is the same as what the employee values,” Malone says. “You may value your title or more money, but they may value time off with their family.”

That idea is supported by a recent survey from Right Management, which found that only 10 percent of respondents define their success as being a top performer, and that 45 percent rate work-life balance as their top priority.

No employee goes to work planning to be average, Malone explains, but people do have other priorities. “Managers need to have continual conversations to communicate goals and expectations, and tie that into what they are doing,” he says. “You have to find out what your employees value, so you can create incentives around that.”

One place to start having those continual conversations is during employee reviews.

“A lot of times employees think they’re doing a good job,” Malone says. “But then the annual review comes around, and it’s not what they expected because they didn’t have a good idea of what they needed to do.” The annual review should be a reaffirmation of everything the employee hears throughout year.

Be Proactive, Not Reactive

One example of innovative thinking around employee management comes from General Electric, which was once notorious for its “rank and yank” policy of firing the bottom 10 percent of performers each year.

The company recently eliminated performance reviews entirely, replacing them with an app called PD@GE (performance development at GE) that allows managers to set a series of goals and employees to request feedback on a day-to-day basis. The new approach encourages an ongoing conversation about what each side needs for the future, rather than looking backward at what was done in the past.

“Business runs on metrics, and there’s no problem with acknowledging that, but it can’t be the only thing driving the company,” Malone says. “Not everybody is an entrepreneur or wants to behave like one. For a company to be successful, you need a variety of smart employees who have skills and aspirations that complement each other.”

Charles Coy is the senior director of analyst and community relations at Cornerstone OnDemand (CSOD), a leader in cloud-based applications for talent management that helps organizations recruit, train, manage, and connect their employees. He thinks a lot about how technology can influence how businesses evaluate, motivate, and value their employees—especially in light of the rapid changes happening in today’s workplace. Coy can be contacted at ccoy@csod.com.


We’d Love Your Comments on this Blog…