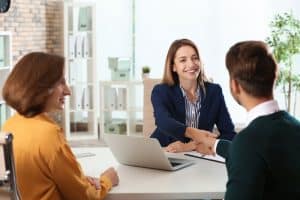 Some Best Practices for Project Managers!

John had been thinking about an upcoming data conversion project for several weeks.  He sensed he would need to “carve out” this piece of work from regular work as his team was already hard at work on other projects.  He was unsure about how many, for how long, or what skills he would need to ensure his project team was appropriately budgeted.

Another concern was around his ability to manage interim employees, recognizing that if he couldn’t  keep this special project team on task, or had a lot of turnover, his project would have a hard time getting done on time.  He was definitely “under the gun” to do what he feared the most – finding the right temporary workers, assigning them the right work, keeping them motivated and productive even though he couldn’t make any long term commitments.

John’s not alone in facing this challenge and suspect many of our readers have been in his shoes or will be at some point in their careers.   Because we eventually partnered with John on this project, we wanted to share some of the “best practices” he put in play that we think contributed to the success of his project.

John himself took the time to address the project team on their first day of work, providing everyone with an overview of the mission for the project and its impact  – information that gave them a sense of purpose and belonging even though they were only working for John 2-3 months.

John and our staffing team also created a plan to touch base with each employee every other week during the duration of the assignment.  This allowed issues or in some cases misinformation to be identified and course corrected early.  It also allowed the project employees to feel recognized and appreciated for their contribution.

We hope these ideas from John’s project (and others not mentioned here) will help you think thru the staffing components of your next project and how to use temporary employees as a part of your staffing strategy.  While we’d like to think that our team might offer the “just right” project support services for you, if you’d just like to talk about an upcoming project, we’ll be happy to help you with some of the challenges you are anticipating.

partnerservices@pacstaffing.com.  We promise to give you some helpful advice or an innovative idea that will help you make your project team successful.