Don’t Be an Exclusionary Leader

Don’t Be an Exclusionary Leader 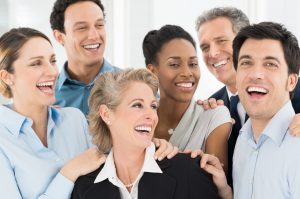 Leaders are busy people who need to set and manage priorities, often dismissing or delegating tasks that don’t provide a strong return on their investment of time.

Nonetheless, there’s one area of responsibility that leaders should never ignore…their employees.

The prevailing thinking has been that even negative feedback from a leader demonstrates some level of care and interest in the employee, making it more welcomed than no feedback or attention at all.

And new research from the University of British Columbia’s (UBC) Sauder School of Business supports Gallup’s findings, suggesting employees are better off getting negative responses from their bosses than not getting any attention at all. (Although neither the researchers nor I are advocating negative interactions with employees – we’re simply demonstrating the harmful impact of exclusion.)

Being excluded impacts far more than engagement levels. Being ignored at work is worse for an employee’s physical and mental well-being than harassment or bullying.

YOUR FIRST INSTINCTS MAY BE INCORRECT

Researchers found most people consistently rate workplace ostracism as more socially appropriate, less psychologically harmful, and less likely to be prohibited than workplace harassment. When leaders’ to-do lists are too long and the days are too short, ignoring distractions from their stated goals seems like a smart plan.

And they would be so wrong. Employees who experienced exclusion are significantly more likely to report health problems, a degraded sense of workplace belonging and commitment, and a stronger intention to quit their jobs.

“We’ve been taught that ignoring someone is socially preferable – if you don’t have something nice to say, don’t say anything at all,” said Sandra Robinson, one of the study’s authors and a professor at UBC. “But ostracism actually leads employees to feel more helpless.”

“There is a tremendous effort underway to counter bullying in workplaces, but abuse isn’t always obvious,” Robinson said. “There are many people who feel quietly victimized and most of our current strategies for dealing with workplace injustice don’t give them a voice.”

WHAT’S THE IMPACT OF EXCLUSION?

Exclusion feels threatening and causes defensive reactions to kick in, as well as feelings of withdrawal and the need to form alliances. Humans are social animals, so exclusion is often perceived as a form of punishment, especially when it originates from a leader.

While leaders rarely intend to exclude individuals, many are unaware they’re excluding people who have a different perspective, set of interests, self-identity, or expertise.

HOW TO BE MORE INCLUSIVE

Inclusion is a highly productive state where all employees feel welcome and accepted, especially members of underrepresented groups. But how do we cultivate it if leaders aren’t even aware they’re being exclusive?

The answer involves developing leaders who are focused on results, capable of setting goals, holding staff accountable, and being able to both deliver and receive feedback. Inclusive leaders, like all good leaders, understand themselves and model transparency, openness, and valuing others’ input. They also communicate and connect with their teams to accelerate their development and performance. Most importantly, they build a culture where every member of the team is appreciated for their contribution and perspective.

Because there isn’t any return on investment in ignoring employees.

Michelle M. Smith is vice president of business development at O.C. Tanner as well as a world-renowned speaker, writer, consultant, and trusted advisor to Fortune 500 companies and governments. She is president emeritus of the Incentive Marketing Association and past president of the FORUM for People Performance at Northwestern University. She can be reached at michelle.smith@octanner.com.

What You Need to Know about the Local Job and Employment Market – 2019!

How to Evaluate Candidates With No Work Experience