0 ABOUT PACE!, Author-Sara, Blog, PACE News!, The PACE Service Team on the move

In addition to being a top PACE recruiter, Cecil Jackson, has trained young athletes since founding the Spokane Speed Academy in 2015. The academy is a Non-Profit organization that supports the youth of Spokane County in Track and Field. With over 54 athletes on their roster this year, the academy has rapidly become nationally renowned for producing record breaking Track and Field athletes, transforming communities and improving the lives of young athletes. The Spokane Speed Academy truly invests into the future of athletes and the Spokane community. 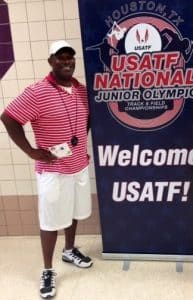 Cecil’s primary encouragement to launch the Spokane Speed Academy came in 2015 when he “felt there was a need for more high school athletes to compete during the summer months” and in just the first summer Cecil took 15 athletes to the Junior Olympic Nationals and brought home two silver medalists and All Americans. Since then, the Spokane Speed Academy has gone on to take 122 athletes to compete in 5 National Championships  where they have earned a combined 37 national medals  (3 Gold, 6 Silver, 6 Bronze), and 28 All Americans!

Preparing Student Athletes for College and Beyond

The Spokane Speed Academy is much more than a youth sport or extracurricular for these young student athletes. The academy is renowned for its ability to garner college scholarship opportunities to further the academic potential and life opportunities of young athletes. The Spokane Speed Academy assists athletes and their families with the NCAA Clearing House process, communicating with interested colleges and is an overall valuable resource for students with their long-term potential in mind.

In late July,  athletes from the academy traveled to Sacramento, California to compete in the USATF Junior Olympic Track and Field National Championship where they excelled among other top Track and Field athletes from across the US to bring home 19 National Medals, 16 All Americans and 1 National Champion! Cecil could not be prouder of his team, “I feel all the athletes stepped it up big time this summer and we had one of our best showing at Nationals…I could not be more proud of a group of athletes, I feel this is one of my most proudest teams yet!  I’m so thankful and blessed to coach such great athletes! “

PACE Staffing Network is a proud sponsor of the Spokane Speed Academy.

Meet Sarah Koss – Our Vice President of Services and Solutions!

Once Again – You Showed Us the Love! THANK YOU.